Compressed air is used widely in industry. It is used as an energy source for a variety of tools and machinery as well as part of many production processes. Producing compressed air is also a significant source of energy consumption. Ten percent of all industrial electricity consumption in Europe is used to produce compressed air, amounting up to 80 TWh/year.

However, compressed air systems in industry are rarely run in an efficient manner. When the potential for savings may be as much as 100 000€/year in an average factory, there is great room for improvement. An average potential saving has been estimated to be around 20%. This would mean an annual saving of 1,4 billion euros assuming an average price of 0,09€/kWh for electricity.

One important part of achieving real savings in compressed air systems is to minimize the leakages in the system. A single hole in the compressed air line may cost up to 7000€ - 9000€/year, if the hole is 5 mm wide and the pressure in the system is 7 bars. Early detection and prevention of leaks will therefore quickly pay the cost of an efficient detection system back. Leaks are often difficult to detect by ear, though, since the background noise levels tend to be high, especially in process industry. However, since pressurized air travelling through a hole will inevitably produce an easily detectable sound, an automated leak detection system based on sound – such as AuresSound® – is a natural and efficient technique for monitoring leaks in the system.

Another key component in finding savings in a compressed air system is the compressor unit. Reliable compressor operation is especially important in process industry. A damaged compressor will quickly result in significant losses in production. Sound can also be employed in making sure the compressor is operating at peak efficiency.

Compressed air has been used for a long time in industry. The awareness of the financial implications of an efficiently run compressed air system has, however, often been sorely lacking among managers, designers and workers in industry. The general awareness of the significance of the issue, I believe, is slowly changing with the help of easily deployed design, analysis and detection tools that bring verifiable results.

Jaakko has a distinguished career of over 30 years in various positions in process industries such as pulp and paper and refinery industry to name a few.

(Figures in this blog are based on estimations presented in an article “Katseet kannattaa suunnata paineilmaan” at http://www.motiva.fi/files/2259/PATE-esite.pdf by Motiva a Finnish state company, which promotes the efficient and sustainable use of energy and materials.) 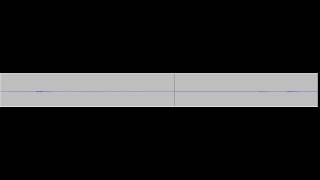 Greetings from the CEO

Visit our booth at Alihankinta / Subcontracting 2022!

WATC Engineering and AuresSound sign a partnership for Estonian market

How to keep the wheels running – Could predictive maintenance add value to Your business?

IS THE VISIBILITY OF HIDDEN DATA VALUABLE FOR INDUSTRY?

OEE and CO2 reductions in the same package; how important is reducing CO2 emissions in the future?